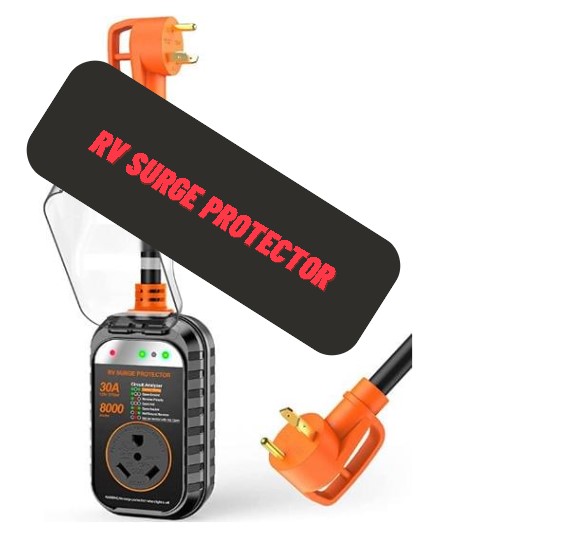 The safety of your family is important. All of us have heard stories about accidents occurring when using an electrical appliance such as a refrigerator or washing machine. Protecting these appliances from electrical damage can be expensive and difficult, but with the help of an RV surge protector, you will have peace of mind knowing that your family will remain safe during their travels. However, sometimes these devices can go bad.

Below we will go over some of the things you can do to troubleshoot your rv surge protector.

Thank you for visiting

Hey, i noticed that you are enjoying this article so far.

Would you like to read another article on what an rv surge protector is?

Before we get into what causes a surge protector to fail, let's start with how surge protectors work. A surge protector monitors incoming AC power. If the voltage exceeds a certain threshold (usually around 100-150V), then the surge protector opens its circuit and diverts the current away from the sensitive electronic equipment such as TVs, computers, phones, and modems.

RV surge protectors are quite popular among RV owners since they provide protection for their electronics while camping or traveling. These devices use a combination of power strips, fuses, circuit breakers, rectifiers, and capacitors to help prevent electrical surges. In addition, these devices are designed to work with the existing wiring of the RV and plug directly into a standard wall outlet. If not properly installed, these devices can cause fire hazards.

What causes a surge protector to go bad?

Poor Design - Surge protectors were originally intended to protect electronics from lightning strikes. Lightning produces enormous amounts of current, often in excess of 10kA. To prevent surges from damaging these delicate components, surge protectors were designed to open their circuit when the current exceeded 50% of their maximum rating. However, there are times when the incoming AC power isn't consistent enough to trigger a surge protector. In those cases, the surge protector may continue to divert the current until the protection circuit fails.

There are many things you can check for when it comes to ensuring that your rv surge protector is good. Below we will go over some of these and what might cause a failure.

Make sure both the positive and negative terminals connect to the right outlets. Check your surge protector periodically to make sure it doesn't have loose wires or broken connections. Look at the back of the unit where it connects to the power cord. If you notice any loose wiring, broken connectors, or damaged circuitry, then you'll want to contact the manufacturer for a replacement.

Mechanical failures are often due to lack of maintenance. Unattended mechanical devices can wear out and breakdown. Mechanical failure can also be caused by a faulty fuse. Fuses blow because they corrode or degrade over time. To ensure proper operation of your surge protector, inspect fuses regularly and replace them as necessary if they are replaceable.

Surge protectors have OCP circuits that monitor power input to a load. If the load draws higher than what the OCP circuit deems safe, then the OCP opens, interrupts the current to the load and shuts off the power supply to the device. Power supplies often use a series resistor to limit the amount of current that flows from the power supply to the load. When the OCP detects a high load draw, the short circuit protection (SCP) circuit activates, shunts any over-current flowing across the resistor and prevents damage to the power supply.

A GFCI circuit monitors the difference between incoming AC voltage and outgoing AC voltage. If the difference exceeds a certain threshold, the circuit trips open, thereby interrupting the flow of electricity from the AC line to ground. A GFCI trip does not imply a fault; rather, it indicates the possibility of a fault. A GFCI is sometimes called a safety switch. GFCIs are required in many U.S. residential wiring systems.

When voltage surges occur, they cause momentary spikes in the voltage at the outlet. Many surge suppressors incorporate electronic components in their design that filter out the surges and reduce noise in the electrical system. However, if the surge is too severe, these filters may become overloaded, shutting off power to the device. Once the surge passes, the filters can recover and restore normal operation.

Electrostatic discharge produces electric currents that pass through the air and strike exposed metal surfaces. These discharges can easily transfer an electrostatic charge onto nearby objects and people. If a charged object touches electrically sensitive equipment, it could produce an arc flash. This could result in a fire or explosion. ESD failures may occur even after the surge protector has been installed.

How To Check Fuses And Breaker In A Circuit Board?

First thing we need to do is check your circuit board. There should be two fuses located at each end of the circuit board. These are used to protect the board from overheating. If these fuses blow then replace them immediately with fresh ones.

What Is A Re-settable Bead Fuse?

A re-settable bead fuse is used instead of regular fuses. When the fuse blows, you reset the fuse from the back side by pressing down on the button and holding for about 5 seconds.

How To Test A Re-settable Bendix Fuse?

You have to press hard on the button on both ends. You'll hear a click sound if the fuse works properly.

How To Test A Thermal Break Switch?

A thermal break switch (also known as a thermostat) is a type of electrical switch designed to turn off power to appliances when the temperature reaches a certain point. A typical example of this would be turning off the air conditioner when the house gets too cold.

To test a thermal break switch, you have to bring the switch up to operating temperature and see if it activates. If it does not activate, you have a malfunctioning switch.

Troubleshooting Your Generator And Inverter

A good rule of thumb is 1 gallon per 1000 watts. A 1000 watt machine requires approximately 1 gallon of oil per day. If the genie is run less than 24 hours a week, then you may need to add some additional oil to keep it running smoothly.

Check that all cables and power cords are connected properly to make sure there are no loose connections. Also check that all grounds are tied properly.

Surge protectors should always be checked before use. If they fail to work properly, then you may need to replace them. An example would be if you have a surge protector plugged into a wall outlet and you plug in something else (e.g., a lamp) and get a surge of current.

If your surge protector is broken, it will not protect any of your devices. This can be a costly mistake and should be dealt with immediately.