Ultimate Guide To What A Class A RV Is? 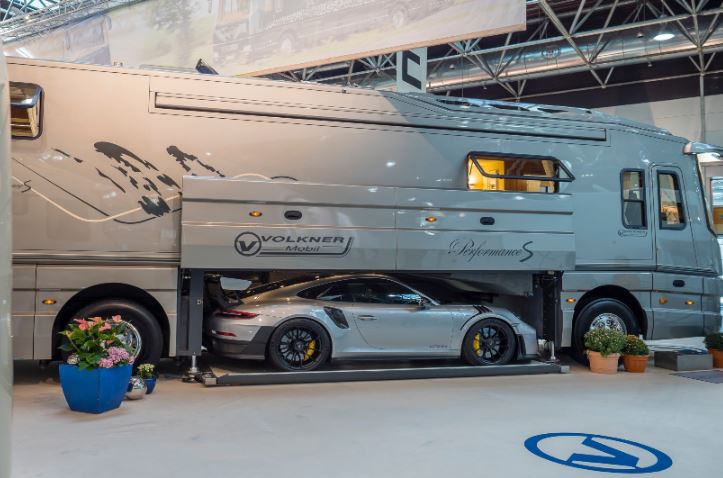 A class A Rv is motorhome that offers enough space for the whole family to live in. These are some of the most expensive types of rvs as they offer luxury, comfort, and style. Class A RVs are usually 26 to 45 feet long and they can be either diesel or gas powered. Class A rvs have a very large engine which is needed to power the massive body that they come with. Class A RVs are also known as "bus conversions" or "motorcoaches". These rvs cannot be towed by just any type of vehicle. Class A rvs are too large to be towed by a pickup truck or even an SUV. These RVs came about in the 1930s.

Is a Class A Rv right for you?

Buying one of these types of rvs is a big decision as they cost a lot of money. Class A RVs have lots of features available such as: air conditioning, furnaces, wet bars, and microwaves. Class As can be used as an RV for camping or they can be used as a mobile home that offers you most if not all the amenities of a regular home. Class As are the most expensive kind of rv on the market and will set you back way over $100,000. Class As are very popular currently because of the economy and fuel prices as they are cheaper to run than a regular house or apartment.

Benefits to owning a Class A Rv

They are very spacious

Class A Rvs are very spacious. They have enough space for everyone in the family to be comfortable. These Rvs are ideal for families due to their amazing space and they offer a TV, two toilets, a bathroom sink along with hot water heater as well as many other amenities that makes these vehicles almost perfect to live in.

Due to the size of these vehicles, they are built with powerful engines in order to be able to pull them. Class A Rvs are very heavy, and these powerful engines allow Class A owners to travel freely and easily with their vehicles. They are large homes on wheels that can be powered by gas or diesel. The horsepower of these engines is usually between 280 horsepower and 500 horsepower.

Lots of storage These vehicles offer plenty of space for you to store many items. Class A Rv comes with storage cabinets and compartments to organize all your belongings while you travel. Class A Rvs also offer you plenty of walking space so that you can easily move around the vehicle. These Motor homes are great for large families especially those who wish to travel in style and want to bring along many of their belongings.

Class A Motor Homes are great for seeing the road ahead of you because of the size of the windshield and windows up front which is large enough to provide you with a very wide visibility and this means that it gives you more room for maneuverability especially on busy roads. This is important for these vehicles as maneuverability is limited.

A smooth ride is guaranteed with a Class A Rv. Class A Rvs come with large tires which are designed to handle various terrains. Class A Motorhomes are also made of material that allow the vehicles to withstand the elements such as wind, rain and cold temperatures.

Drawbacks to owning a Class A Rv

Owning a Class A Rv can be a dream come true. But what are the drawbacks to owning one of these vehicles? Below i will list some of the drawbacks.

High Depreciation compared to other vehicles

When purchasing one of these vehicles, you have to think about the long run. These Class A Rv's are very expensive and because of their size, fuel costs will be more than a Class C. After owning one for some time you will start to notice that your Class A is losing its value by the year. On average, a Class A Rv will lose roughly 15% of its value each year.

For example, if you purchase a Class A Rv for $300,000 and after owning it for 10 years you decide to sell it because you want to put the money towards another Class A that was manufactured in a more recent year, you will be lucky if you make back $150,000. This is more than half the value lost in just 10 years. 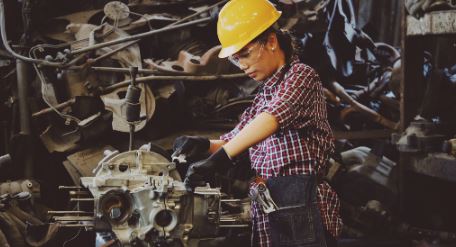 Class A Rvs are very expensive to repair. They are made with high-grade materials and are very bulky so when you need to get them repaired it will cost you more than Class C Rvs. Class A Rvs also have larger engines, which means higher repair costs as well. Not everyone knows how to work on these types of vehicles which means you will most likely have to pay for high-priced repair services.

Not meant for boondocking

These rvs are large and hard to maneuver on bumpy roads. Class A Rvs are also more likely to tip over since they are very heavy. Class A Rvs are made for highway use and not off-road. Class C Rvs, on the other hand, can maneuver over uneven roads with ease and are lighter. This means that if you plan on going boondocking, a Class C Rv would be better at maneuvering the roads leading to the boondocking location.

How much do Class A Rvs weigh?

A Class A Rv is a very large vehicle. On average, they weigh around 25,000 pounds or 11.3 tons. This is because Class A Rvs always come with the largest engine than the other classes of rvs. Adding engine size and all the creature comfort of home into the vehicle, there's no wonder why these vehicles weigh so much. A Class A Rv will never have an engine smaller than 654 cubic inches when fully built; this translates into almost 9 liters of engine power and roughly 500 hp.

When you decide to buy a Class A Rv, the type of fuel will always be important in helping you make the final decision. For every 6.5-7.5 miles that a gas powered engine travels on 1 gallon of gas, a diesel engine will travel around 10 miles on 1 gallon of diesel.

How many mpg do Class C rvs get?

These rvs get around 12 mpg on the highway and around 8.5 in town. This might not seem like much compared to cars. But you have to remember that Class A rvs have far more power and luxuries than most cars. They also weigh a lot more. Weight is the main reason for the Class A rvs low mpg.

Insurance for a Class A Rv will be more expensive than Class B's simply by the number of things that could go wrong. Class A Rvs typically have higher value and will also require a little bit more coverage since they are usually used as a residents for many people. The insurance cost per month for a Class A Rv will usually start around $350.

Class A Rvs are more than worth it if you have a large family. They offer so many amenities like a dinette, a bunk bedroom and even an extra bed that makes them ideal for families. Class B rvs may be cheaper to maintain but Class A Rvs offer more space.

If you want better gas mileage then Class B rvs are the way to go but Class A rvs can't be beat if you have a bunch of people who need beds or somewhere to sit down inside for a chat. They won't only be sitting down for a chat while they are in a Class A Rv, they will be sitting in one of the most luxurious vehicles on the planet.