How much air should you put in a bicycle tire? 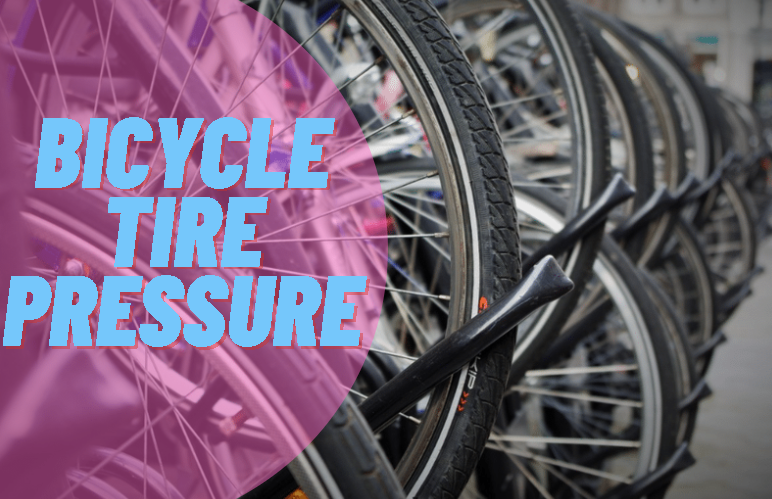 A good rule of thumb is to inflate your tires so that the sidewall of the tire is barely bulging. If you're riding a road bike, you want to be around 80-130 PSI, and if you're riding a mountain bike, you want to be around 25-50 PSI. But this is just a general guideline: how much air should be in your bicycle tires depends on rider weight, tire type, and even the conditions in which you ride (e.g., whether it's hot outside).

If you're worried about over or under inflating your tires, it's better to err on the lower side. Overinflated tires can make for harsh rides and increase your chances of pinch flats (the tube gets pinched between the rim and tire).

Underinflation puts more rubber on the ground and gives more traction during cornering. It also makes for a more comfortable ride. On the other hand, over inflation gives less rolling resistance (which means faster speeds) without making the ride any harsher than under inflation does.

What is pound per square inch (PSI)?

Pounds per square inch, commonly known as PSI, is a unit of pressure. It defines the amount of force required to stop a gas or liquid from expanding. This measurement is often used when describing the optimal inflation for bicycle tires or just any type of tires in general.

What's important to know about pounds per square inch is how they relate to the other unit we use to measure tire pressure, called BAR. Inflation in BAR is roughly half of what it would be in PSI (14.5 psi = 1 bar). For example, if you had a tire that needed 90psi to inflate properly, you would simply divide 90 by 14.5 and get 6 BAR instead. The same can be done in reverse: if you need 6BAR of air pressure and want to convert it into PSI, simply multiply 6 by 14.5 and get 86PSI as your answer.

Tire pressure is important because it affects your bike's rolling resistance, traction, cornering, comfort and durability

Tire pressure is important because it affects your bike's rolling resistance, traction, cornering, comfort and durability.

If you're riding a flat tire or anything less than the recommended amount of air in your tires (which is usually higher than the minimum), then your ride will require more effort on your part. When you press down on the pedal to go forward, the rubber must push against the road with a lot of force in order to propel you forward. This requires more energy from you as rider, which means that you may get tired faster than if your tires had been inflated properly.

When there isn't enough air in your tires, they tend to slip under wet conditions. This makes it hard for cyclists to control their bikes because they might end up sliding out when coming around corners or trying to stop suddenly on slick pavement surfaces such as asphalt roads covered in rain puddles or fallen leaves during autumn months (which are very common throughout much of North America). It's also worth noting that some roads, especially those made from gravel can be slippery no matter what time of year it is! For this reason alone - safety first.

The air pressure determines how well the tires will grip the asphalt and, as a result, how well you will be able to corner. The higher the pressure, the more the tire will roll. This will give you a smoother ride, but decreases traction. The lower the pressure, the more flat the tire will be, which means it will have a bigger contact patch with the ground and offer more grip.

The tire pressure also plays a role in comfort. A higher air pressure means that less of your bicycle's weight is absorbed by the tire itself. In other words, you're putting more weight on your own legs and feet, which can become quite tiring after a while. A lower air pressure means that your tires are absorbing more of your bicycle's weight and thus you feel less of that weight yourself. This makes for a much easier ride, since your muscles aren't feeling as much strain. However, this also means that a small bump in the road can make you feel like you've hit something much larger than it actually was.

The optimal tire pressure will vary depending on the type of riding you do, your weight and riding style

In the end, you want to find the balance between traction and rolling resistance. The right tire pressure will vary depending on the type of riding you do.

For road bikes, a higher pressure will allow you to roll faster with less effort, but it won't be very comfortable or provide much traction when cornering. For mountain bikes, where comfort and traction are important, a lower tire pressure will offer maximum grip at the expense of some speed.

How do you pump a bicycle tire?

Knowing the correct way to pump your bicycle tire is very important. Follow the steps below to put the correct ampunt of air in your tire.

The size of your tire, and what pressure you should put in it, depends on a myriad of variables. Your weight is the most important, but where and how you ride, what kind of equipment you have, and how damaged your tires are will also affect how much air you put in them. But hopefully this guide has given you some idea of how to figure out how much air to pump into your bicycle's tires. In the end, I recommend going with what feels comfortable to you.